Hit enter to search or ESC to close

• LiNa Energy is commercialising a safe, c.$50kWh, cobalt-free battery platform that is perfectly suited to grid storage and the electrification of transportation.

• ion Ventures is leading the deployment of the battery in a real-world environment with a view to deploying it into the grid storage market in the future.

LiNa’s senior team has accumulated decades of materials engineering and design for manufacturing experience in the fuel cell industry. Using this unique skill set, they developed the LiNa Platform, an innovative re-engineering of the commercially proven sodium-nickel-chloride (NaNiCl) chemistry.

The battery is constructed from easily sourced, low-cost materials and, importantly, does not contain any cobalt or lithium. It operates at a wide range of temperatures and does not require expensive cooling systems. Furthermore, the battery chemistry is inherently safe thus making it highly attractive to a range of different sectors, including the grid storage sector targeted by ion Ventures.

In under two years, LiNa Energy has taken an idea and developed it into an operational prototype that can produce energy density at levels comparable with existing commercial lithium batteries. To date, the major emphasis of development has been the cell. In parallel to this development, LiNa has also developed patented designs to combine and house the cells.

The aim of the trial with ion Ventures was to demonstrate the ability to charge and discharge a module that contained several cells using LiNa’s patented system design, which included optimised thermal and electrical management and control systems. The trial was a complete success – with the system demonstrating the capability to charge and discharge in accordance with expectations.

Battery storage is a key component in the global transition to renewable energy sources. Batteries manage the grid volatility created by the decline in fossil fuel generated power by providing a synthetic source of inertia. At present, lithium-ion technology is the dominant chemistry for battery storage systems, but the LiNa Platform has potential to disrupt incumbent lithium-ion batteries in grid storage markets, and passenger and commercial electric vehicles (EVs).

As part of the BEIS Award, E4Tech, a London-based clean-tech specialist consultancy, performed an independent, strategic scoping study of stationary grid storage application based upon LiNa’s technology. They identified that LiNa’s platform was superior to existing lithium ion-based storage, especially in distribution, generation level storage and behind the meter owing to superior CAPEX, OPEX, LCC, battery self-discharge and safety metrics.

ion Ventures is leading the deployment of the LiNa Platform in a real-world environment. The energy storage infrastructure specialist managed last week’s successful test with a view to deploying the battery into the grid storage market in the coming years.

Gene Lewis, CEO of LiNa Energy, commented: “Batteries are enabling the megatrends of decarbonisation of energy and electrification of transport. We have developed lithium and cobalt-free, solid-state sodium battery technology which is a safe, high-performance, and low-cost solution for EVs and grid-scale energy storage. Our battery technology is designed to deliver increased energy density, increased power density and rapid charge and discharge capability.

“We are delighted to collaborate with ion Ventures on this first real-world environment test which is a crucial step towards the mass deployment of solid-state sodium batteries for scale energy storage purposes and we very much look forward to further developing our relationship with ion Ventures through larger, more commercially focused demonstration trials soon. We strongly believe our growing relationship will positively show what UK battery innovators can do when they partner together and, in time, will position the UK as a global battery player.”

Dan Taylor, Co-Founder of ion Ventures added: “We are proud to be working alongside LiNa Energy to support this successful test of pioneering solid-state sodium battery technology. Battery storage is a mature, safe, scalable and commercially viable solution that can be deployed immediately to help meet the 2050 net-zero carbon emissions target.

“We are always on the lookout for new battery technology that can help us meet this goal and we are excited by these initial test results. In the future, we hope to take a leading role in deploying new battery technology, such as the LiNa Platform, into the grid storage market to aid the renewable energy transition.” 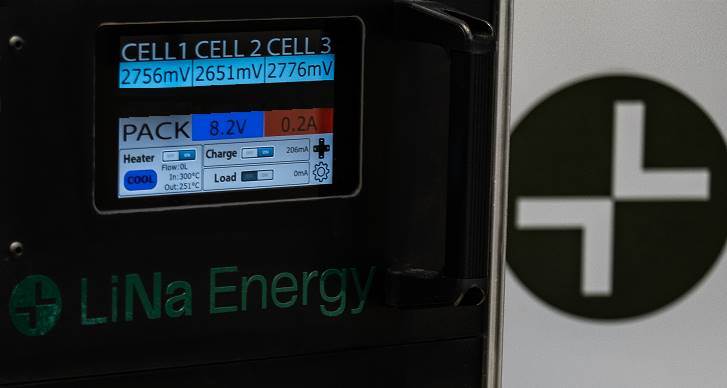 ion Ventures is a modern utility and energy storage infrastructure specialist. ion Ventures bridges the gap between development and finance in the energy storage sector – sourcing, developing and operating energy storage assets at scale in the UK. Founded by Dan Taylor and Hassen Bali, ion Ventures has blended commercial and technical expertise to develop energy storage solutions which manage grid volatility during the transition to renewable energy.

This website uses cookies to improve your experience while you navigate through the website. Out of these, the cookies that are categorized as necessary are stored on your browser as they are essential for the working of basic functionalities of the website. We also use third-party cookies that help us analyze and understand how you use this website. These cookies will be stored in your browser only with your consent. You also have the option to opt-out of these cookies. But opting out of some of these cookies may affect your browsing experience.
Necessary Always Enabled
Necessary cookies are absolutely essential for the website to function properly. This category only includes cookies that ensures basic functionalities and security features of the website. These cookies do not store any personal information.
Non-necessary
Any cookies that may not be particularly necessary for the website to function and is used specifically to collect user personal data via analytics, ads, other embedded contents are termed as non-necessary cookies. It is mandatory to procure user consent prior to running these cookies on your website.
SAVE & ACCEPT